(Chairperson, based in South Africa)

Thandi is a B Juris graduate from Fort Hare. She was expelled in 1980 for students’ politics while doing her LLB final year. She subsequently completed both her B Proc and LLB degrees through Unisa.

Thandi’s legal and business career of over 30 years spans the Legal Resources Centre, National Director of both the Independent Mediation Service of SA (IMSSA) and the Commission for Conciliation, Mediation and Arbitration (CCMA) and senior partner at the commercial law firm, Routledge Modise (presently known as Hogan Lovells).

She is currently an Executive Director and Shareholder at Peotona Group Holdings, and is involved in various community initiatives, including chairing the Legal Resources Trust, Zenex Foundation, Ceramic Foundation, De Beers Fund and the Fort Hare University Council. She also sits on the South African National AIDS Council Trust (SANAC).

Thandi chairs the Board of BP Southern Africa and Tokiso Dispute Settlement, and serves as a non-executive director for a number of other companies. 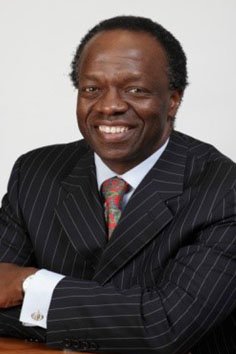 Sizwe holds a BCom, BCompt (Hons), and CA (SA) qualifications. He started his career at Unilever, and in 1989 established Sizwe & Co, the first black-owned audit practice in Kwazulu-Natal.

In 1996 he became the founding partner of Nkonki Sizwe Ntsaluba, which is now called SizweNtsaluba Gobodo and is the fifth largest audit firm in South Africa. In 1998 he joined Telkom SA as Chief Executive Officer and was responsible for its listing on the JSE and New York Stock exchanges.

Sizwe was the CEO of FirstRand Banking Group since 2005 until he retired in September 2015. He serves as Chairman on various Foundations and Trusts, including the Zenex Foundation, which he Chaired from 1995 to 2016, and continues to serve as Trustee. He is the founder and Chairman of the National Education Collaboration Trust. He was appointed Chairman of the National Student Financial Aid Scheme (NSFAS) in August 2015.

Sizwe is now a social entrepreneur who recently founded the Sifiso Learning Group, which is establishing private schools in South Africa and is also involved in edtech, academic publishing and real estate. He has been conferred with honorary doctorates by the University of Fort Hare, the Durban University of Technology, the University of Johannesburg and the Walter Sisulu University. 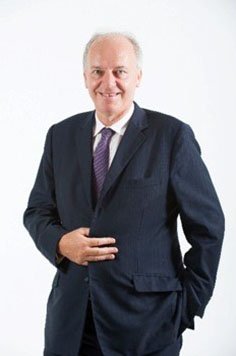 (Trustee, based in the United Kingdom)

He also has an extensive international private client practice, advising families on the structuring of their affairs offshore. Michael serves as a non-executive director on numerous companies, with particular reference to mutual funds, fund management companies and several listed companies.

Michael studied at the College of Law, Guilford and then obtained a Diplome d’Etudes Françaises at the University of Caen in 1974 and a L.L.B Honours from Exeter University in 1977. He has also served as an advocate of the Royal Court of Jersey and a solicitor of the Supreme Court of England and Wales.

Michael has been involved in the Zenex Trust and the operations of the Zenex Foundation since their inception.

A Chartered Accountant by training, Sindi Mabaso-Koyana is an entrepreneur, corporate leader and champion of transformation who is held in high regard both in South Africa & internationally.

She is the Executive Chairperson of Advanced Capital, a diversified Mining Services company she co-founded. Sindi began her career with a B.Com degree and Postgraduate Diploma in Accounting from UKZN. She qualified as a Chartered Accountant with Deloitte 18 years ago before embarking on a very exciting, but challenging working career. Her illustrious career includes being Group CFO of Transnet at the tender age of 32, being an executive Partner at Ernst & Young and being part of the leadership that drove the Africa integration of the global firm and being Group CFO of the Passenger Rail Agency of South Africa leading the modernization of the country’s passenger railway network. She has served on boards of South Africa’s premium corporates including MTN, Armscor, South African Airways, South African Institute of Chartered Accountants, Toyota SA, Altech, Adcorp and many others. She has been named one of the country’s 20 most powerful business women by the Financial Mail and was a finalist of the 2004 Business Woman of the Year Award. 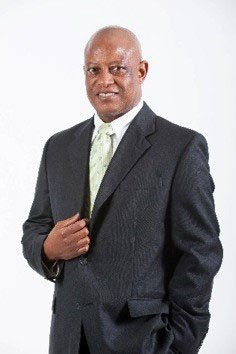 He has a Masters in Philosophy from the University of Cape Town and has completed two Senior Executive Programmes through Wits/Insead and Wits/Harvard Business School.

MaLlele has over 25 years’ experience in the education sector. He has held directorships and served on the boards of a number of organisations, including NBI Gauteng EQUIP, Sci-Bono Discovery Centre, Matthew Goniwe School of Leadership and Governance and the Oprah Winfrey Leadership Academy for Girls.

To lead through excellence requires a strong, accountable board of trustees. The Zenex Foundation comprises a seven-member Board of Trustees who collectively oversee the governance of the organisation. Four trustees are based in South Africa, three of whom perform an executive trustee role with additional board functions. The remaining three members are based in the United Kingdom.

(Trustee, based in the United Kingdom)

Grant is a Jersey advocate, a non-practicing English Solicitor and South African attorney. Grant is also a director of Bedell Trust and deals with ultra-high net worth private individuals and structures as well as large corporate clients. He also has particular expertise in employee benefit trusts and heads the employee benefits team at Bedell Trust.